A little less than a year ago I remember stumbling across the Zcam from 3DV Systems, the company promised two orders of magnitude decreases in the cost of flash array lidar through mass production- the trick is to market it as a device anyone can use, not just as a robotics or general automation tool. The company promised to be in the market by the end of 2008, and after emails went unanswered I assumed it was vaporware. 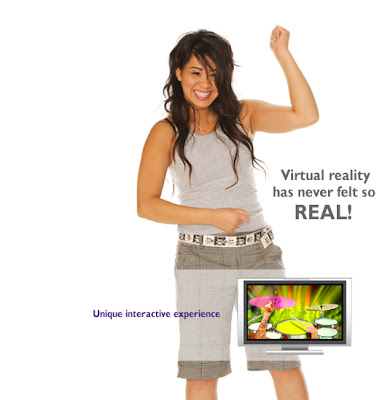 The closest competitor would be the Mesa Imaging SwissRanger, which I think goes for $5000-$10000. Beyond that there are very expensive products from Advanced Scientific Concepts or Ball Aerospace that are in the hundreds of thousands of dollars range at least. ASC made a deal with iRobot that might bring the price down through economies of scale, though they probably aren't going to put it on the Roomba anytime soon. More likely the Packbot which already costs $170K, why not round that up to half a million?

In late 2008 to early 2009 rumors surfaced that Microsoft was going to buy 3DV Systems, and now we have the official announcements about Natal. And of course no mention of 3DV Systems (which hasn't updated their webpage in over a year) or even how it measures the phase shift or time of flight of light pulses in a sensor array to produce depth images. Given enough processing power, the right software, and good lighting, it would be possible to do everything seen in the Natal videos with a single camera. The next step up would be stereo vision to get depth images- it's possible that's what Natal is, but it seems like they would have mentioned that since that technology is so conventional.

But that won't stop me from speculating:

Natal is probably a 0.5-2 megapixel webcam combined with a flash lidar with a resolution of 64x64 or 128x128 pixels, and maybe a few dozen levels of depth bins.

The low resolution means there is a ton of software operating on the video image and the depth information to derive the skeletal structure for full body motion capture. All that processing means the speed and precision is going to be somewhat low- it would be great to buy one of these and be able to record body movements for use in 3D animation software, machinima, independent games, or full body 3D chat (there's no easy way to do intersections or collisions with other people in an intuitive way so don't get too excited), but I doubt it will capture a lot of nuance.

The lidar might be continuous wave (CW) like the SwissRanger. This has an interesting property where beyond the maximum range of the sensor, objects appear closer again- if the range was 10 feet, an object 12 feet away is indistinguishable from one 2 feet away, or 22 feet away.

Beyond that, hopefully MS sees the potential for this beyond an Xbox peripheral. It would be criminal not to be able to plug this into a PC, and have at least Windows drivers, an SDK + DirectX support. The next most obvious thing would be to use it to promote MS Robotics Studio, and offer a module for that software to use the Natal. If it just has a USB connection then it could be placed on a moderately small mobile robot, and software could use the depth maps for collision avoidance and with some processing power be able to computer 3D or 2D grid maps (maybe like this) and figure out when it has returned to the same location.

The next step is to make a portable camera that takes a high megapixel normal image along with a depth image. Even with the low resolution and limited range (or range that rolls over), the depth information could be passed on to photosynth to reduce the amount of pictures needed to make a good synth. MS doesn't make cameras, but why not license the technology to Nikon or Canon? Once in dedicated cameras, it's on to cell phone integration...

The one downside is that the worst application seems to be as a gaming device, which is bad because I'd like it to be very successful in order to inspire competing products and later generations of the same technology. It is certainly not going to have the precision of a Wii MotionPlus, and maybe not even a standard Wii controller (granted that it can do some interesting things that a Wii controller can't).

But even if it isn't a huge success, it should be possible to get a device from the first generation, and it's only a matter of time before someone hacks it and produces Linux drivers, right?
Posted by binarymillenium at 5:08 AM 1 comment: