Brand new video, made almost from scratch (a stock photograph from deviantart was used as a referenced and applied as a texture).


The music is from ccMixter (http://ccmixter.org/media/files/vincent_vega11/6966), which has supplied me with several good soundtracks for recent videos, although it can be difficult to browse the music- where's the sort by rating button? I recall another CC music site less focused on remixing and more on original works that had more movie like soundtracks I'd like to use in the future but I forget the site.

Posted by binarymillenium at 5:45 PM No comments: 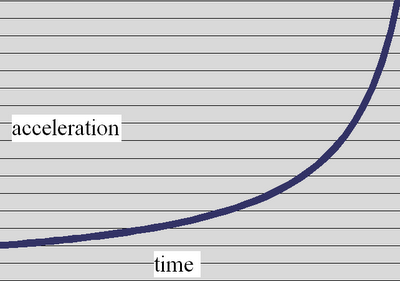 I'd like the columns to take up more than the current width, but I don't think it's possible.

Embedding video is a little funky, when I went to three columns it had problems putting in the video in anything but the center 'main content column'. If I can fatten up the single main column I can use the edit html to make my own columns- ideally there would be videos in a grid 3 videos wide, or at least two wide.
Posted by binarymillenium at 9:55 AM No comments:

parse error at end of input

I got that error out of gcc 3.3.4 when I forgot a parentheses:


It gives the last line in the file as the line number, so it's not an easy one to track down.
Posted by binarymillenium at 10:36 PM No comments:

I finally learned how to create dvd chapters in Final Cut Pro and iDVD (at least the 2006 version). Pressing the 'm' key, or the '`' key, or going up to the marker menu will add a mark, but you also have to make sure it adds a
Posted by binarymillenium at 7:48 AM No comments: 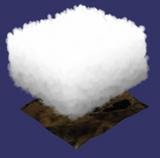 Beast Please Be Still (or here) call themselves "a nine piece instrumental landscape from Seattle. A collection of emotive story-telling, the music of this collabrative sounds like an orchestra of beautiful, post-everything."

There's a lot of shaky camera work I could have covered up with editing, while still preserving the sound of the entire set... but that would have been too much work.

The Chop Suey venue seemed decent, though for the size of this band the stage was crowded, I couldn't see a few people because the lights weren't on them or they were behind too many other people. The stage is also too recessed rather than jutting out into the crowd space, contributing to the difficulty in seeing the band.

youtube video from someone else of the same show. It's also edited down. I was scooped by a couple of days...
Posted by binarymillenium at 9:31 PM No comments:


The mpeg2 version above.

The two both look poor when viewed with the embedded player, but downloading the video shows that the mpeg2 version is far superior. It takes a lot longer because the files are so much bigger, but I'm not uploading anything bigger than a few minutes long.
Posted by binarymillenium at 10:01 AM No comments: