Since my relatively inexpensive purely visual depth map approach wasn't that successful, I've tried it out using a rangefinder instead of a visible laser. This means I can point the video camera straight at the marker (which is attached to the rangefinder), and it can point at anything provided I don't tilt it so the camera can't see the marker/fiducial.

This is the result:


Artoolkit with a Rangefinder from binarymillenium on Vimeo.

The following plots show the tracked attitude of the rangefinder as measured by ARToolkit: 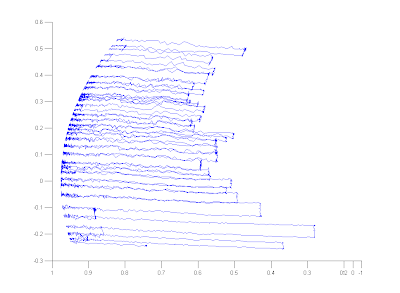 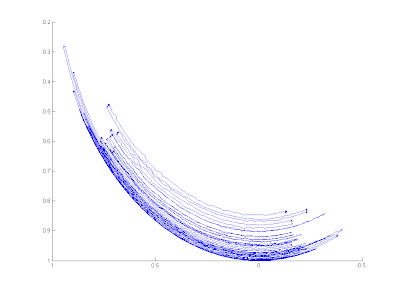 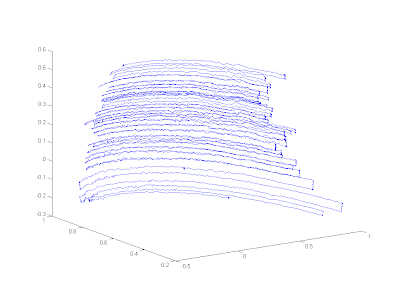 My left to right bottom to top scanning approach is very apparent.


And here is the tracked attitude (as a 3-component vector) plus the range vs. time: 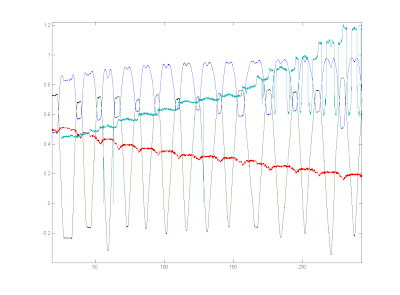 You can see how cyclical it is, as I scan the floor in front of me the range doesn't change much until I reach one end and tilt the tripod up a little, and then later on I start to capture the two wheels of the car.
Posted by binarymillenium at 7:02 AM